Understanding What "House Poor" Means When Buying A House 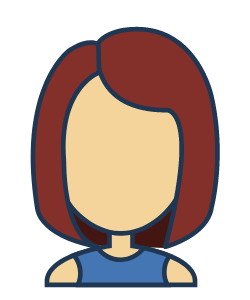 Will you be looking for a house or apartment this year? Although it can be tricky to know what to look for and who to work with, choosing the right home is easy if you get a few essentials down before you start the search. For instance, working with a real estate agent is always a better idea than going at it alone, since it can significantly shorten your search, and help you to pay less for any potential property. On this website, check out great tips for how to work with a realtor, and what you need to do in order to simplify your life.

Buying A Condo? 3 Tips To Help You Satisfy Your Guests
20 January 2021

4 Questions to Ask When Renting a House
4 January 2021

There are a lot of people who spend more than they should on the homes they buy to live in, and when a person does this, he or she could end up in a situation of being "house poor." Being house poor is a common result of overspending on a house, and here are a few things to understand about this term if you are preparing to buy a house.

House poor is something you can define as being strapped for cash after buying a house due to the costs of the house you bought. When you are in this position, it means that most of the money you earn must be used to pay for the house you bought as well as its expenses. The expenses of owning a house include the mortgage payment, insurance, property taxes, upkeep, and utilities. If a person uses a good portion of his or her income to pay for these things, the person might have very little money left over at the end of the month. In this position, the person would be considered house poor because he or she would have very little money to use for anything other than the house.

How People Fall into Being House Poor

If you are wondering how this happens, you should know that it is quite easy. People that become house poor either follow the budget the bank set without considering anything else, or they chose to spend more on a house than what they could really afford. Banks may approve you for an amount that is higher than what you can actually afford. If you just go with this and do not consider your personal budget, you could land in this position too.

People may also end up house poor if they end up losing their job after buying a house. If a person loses his job and ends up taking a new one with less pay, the same result could happen.

Why Being House Poor Is Not a Good Position

Landing in the position where you are house poor puts you in a position where you risk losing the house you live in, and that is the main reason it is not a good thing. Being in this position also can make your life suffer, as you might not be able to afford to go anywhere or do anything.

You can avoid being house poor by carefully setting a budget for your house purchase, and you can learn more about this before you buy a home by talking to a real estate agent in your area.